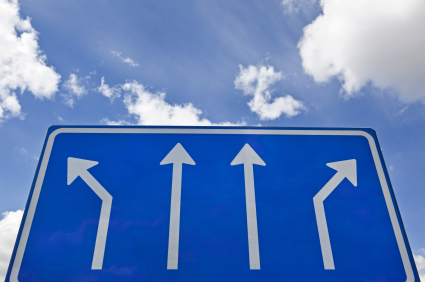 Yes, it is religiously necessary to follow one of the four schools of law. Although they didn’t exist in the framework we know today, very early in Islamic history, their existence can be traced back to the time of the companions. Indeed, many of the most famous differences between the mujtahid imams were actually the disagreements that existed amongst the companions.

This is a long topic, so I’ll mention some brief points on the matter. Firstly, there are many verses in the Quran and many hadith that are absolutely clear, and any Muslim can apply these themselves without hesitation. These tend to be basic rules and hadith about virtuous acts. Beyond this, there is the realm of the legal rulings, and discussing them is a very difficult matter, as it takes training – which originated from the Prophet (Allah bless him and grant him peace) himself. Out of the 124,000 companions who were present at the final hajj – let alone those who stayed at home – only seventeen were qualified to give fatwa and derive rulings from the primary sources of the Qur’an and hadith. They received special training for this task.
Allah revealed the Quran in Arabic, and the nature of the language, as well as the revelation itself, is that there are many ways particular verses and hadith can be interpreted. For example the hadith which talks about fasting six days ‘min (from) Shawwal’ has been interpreted in many ways. One group held that the six days must be completed in Shawwal for the reward, whereas others said they could be done before the next Ramadan. This is just the nuance of one particle, let alone its meaning, context, words, rhetorical devices, supporting texts and principles etc.
Because of these factors, and because many of the hadith detailing the practice of the Prophet (Allah bless him and grant him peace) do not always tell us when a particular incident happened, scholars differed on what the last practice of the Prophet (Allah bless him and grant him peace) was on particular matters. This forced them to practice ijtihad – an act sanctioned and encouraged by the Prophet (Allah bless him and grant him peace) himself. The natural conclusion on these matters was that there were differences. They also had different conditions for certain practices, based on the proofs they deduced the rulings from, and the nuances of the language, etc.
As a result of this complexity scholars said that for the lay-Muslim, to apply the Quran and Hadith in their lives they need only follow one of the four schools to avoid the pitfalls that come with trying to navigate something so vast and complex. Having said this, scholars such as Shaykh Abdul-Ghani al-Nabulsi state that one needs to follow one school of thought in one issue, so technically, one could pray as a hanafi, fast as a shafi’i, give zakat as a maliki and perform hajj and a hanbali IF he or she know the requisite conditions of all the schools for each act. What none would agree on is a mix and match of positions which lead to an inherent contradiction of the basic premises these rulings were based on. Following a school means you are following the sound understanding of someone unanimously agreed to be qualified to derive rulings directly from the primary texts, an act which is very complex, not to mention potentially dangerous if one is not qualified.
A detailed study of the hadith on combining the prayers highlights the importance of the points mentioned above. The hanafis argue – quite convincingly – that is wasn’t an actual combination, rather, the Prophet (Allah bless him and grant him peace) left one prayer to the very last moment, and then prayed the second one at the beginning of its time. The other schools say it was a literal combination. There are also hundreds of thousands of issues discussed the books of the schools, and expecting the lay-Muslim to look up and deduce even a portion of them would be unrealistic. Following a school also makes it easier to apply the Sacred Law, and to ensure you are not being tricked by the Devil into doing something which would prove disadvantageous for you in the afterlife.
This is a large topic and I haven’t been able to cover all aspects of it, but i hope this serves as a starting point for further study and contemplation.
Shaykh Abdul-Rahim Riasat
Lecturer
Bradord Muslim College
27th October 2017